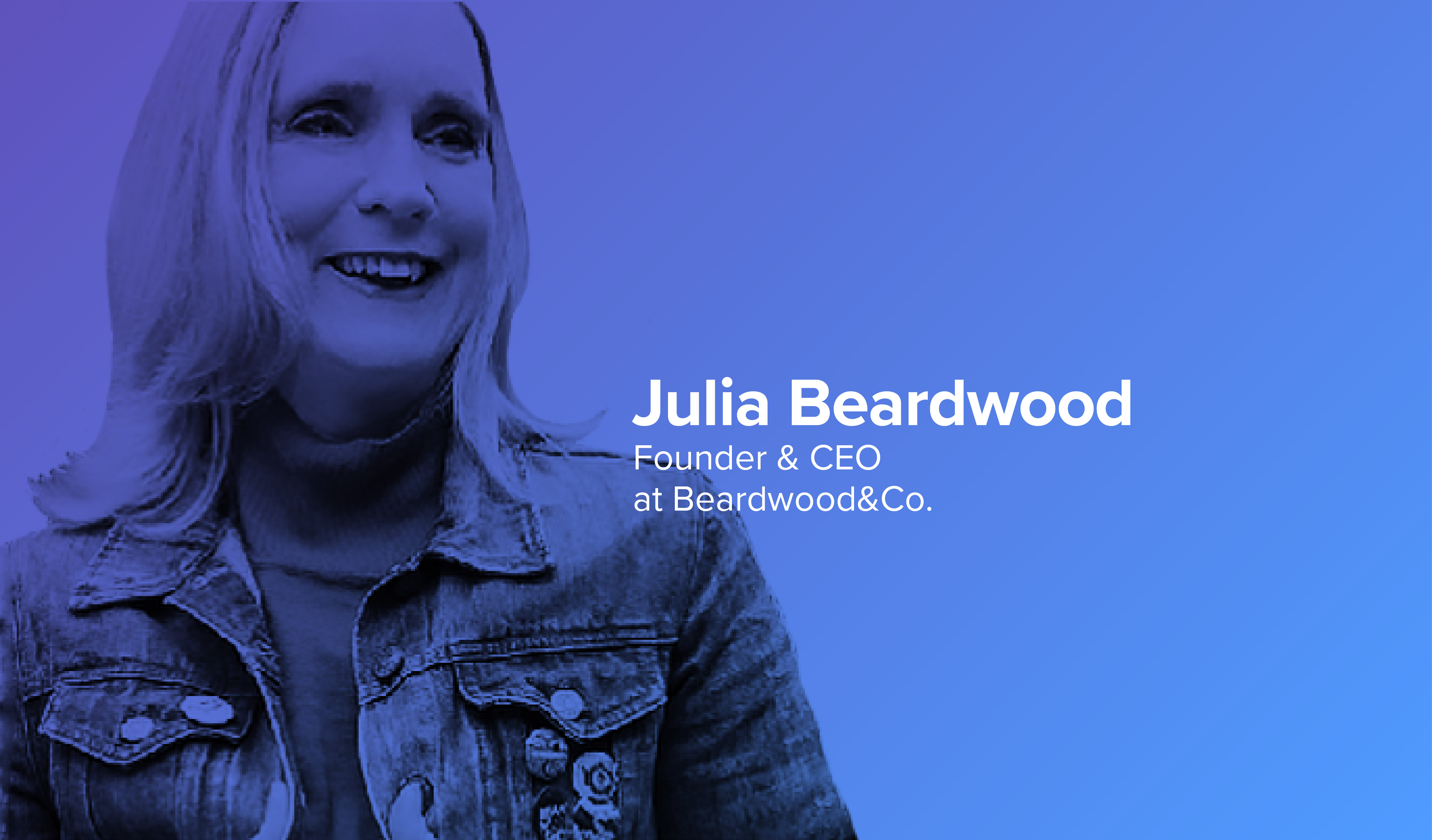 An expert in bold, growth-minded branding shares her thoughts on trends and trendsetters, the importance of focus, advice for her younger self, and more. So it’s interesting to consider a unique one she has chosen for herself: Brand Detective.

It implies relentless research, meticulous attention to detail, and a puzzle to be pieced together. It suggests seeing connections where others may not, and not giving up until the case has been cracked. It fits: Julia’s a growth-minded gumshoe who has helped countless companies discover the potential of their brands through design.

Having started her career in the United Kingdom as a brand manager with Procter & Gamble, Julia’s career took her across the pond to New York City and into the world of advertising (at D'Arcy, Masius, Benton & Bowles). She transitioned to branding and design at Landor (where she was Executive Director, Brand Identity), and it was after seven years there that she embarked on a new adventure as an entrepreneur.

Julia started Beardwood&Co. in 2004 (more on that below), and has since grown it into an award-winning branding and design firm that has worked with brands like Sabra, Hill’s Science Diet, Oikos and so many others. Among many other accolades, she was named an EY Entrepreneurial Winning Woman, a national program that acknowledges and supports high-growth businesses owned by women.

We caught up with Julia and talked about what consumers are looking for from brands right now, the importance of focus and hierarchy in package design, the happiness that comes from doing difficult things, and more.

What are some current trends you’re following in design and branding?

I think right now consumers are looking for optimism, fun, and escapism. I’m noticing that people want brands to bring a little happiness into their lives.

Another trend is around color. Traditionally, brands would look to own a color. Coca Cola is red, Pepsi is blue, and Tide is orange… that kind of thing. Now, some brands are choosing a rainbow of colors. For example, Quest has a fixed logo, but everything else is just this sort of rainbow of flavor colors. Skinny Dipped is like that, too.

What role do data and research play in your process at Beardwood & Co.?

They play a big role in three ways. One, we need to understand the problems and opportunities for a brand at the start of a project. Research—both quantitative and qualitative—helps us to clarify and diagnose at that stage, which is essential.

During the project, we develop some ideas and concepts, but we need to figure out which ones are the best, or which strengths and weaknesses each of them have. Research really helps at that point, as well.

Finally, we conduct some kind of design testing at the end of the project. It’s really just a check to give our clients confidence they're making a good decision with the redesign.

Are there brands you’ve worked on (and maybe one you haven’t) that you feel are doing exceptionally well with branding and package design?

I’m really proud of the work we did with Hill’s Science Diet. The brand’s strength was in its science, but in the early consumer research, we learned that consumers only cared about the science when it was tied to their pet.

We realized we really needed to get that emotion toward their pet first, and that would  give us permission to talk about the science. It ended up being very successful. [Editor’s note: Hill’s Science Diet won grand prize in the Designalytics Effectiveness Awards in 2020.]

Another brand is Vital Farms eggs. I think they’ve been remarkably successful at transforming eggs—which have always been thought of as generic grocery store staple—into something that can be premium and different. Their package design is just fun. 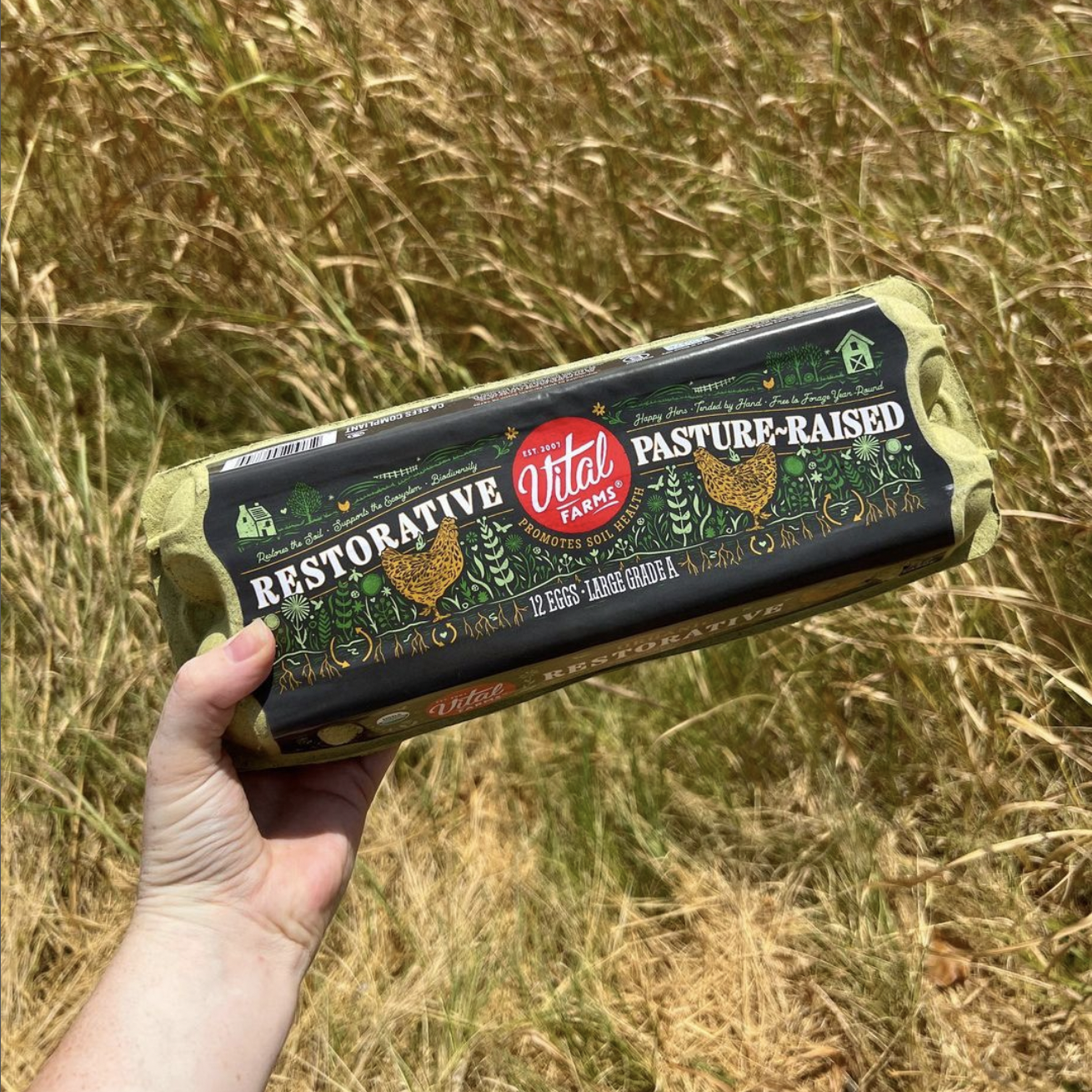 Focus is key. I joke that they’re called creative “briefs,” but for some brands it might be more appropriate to call them creative “longs.” Sometimes, they can be lengthy because it isn’t exactly clear what the brand wants to be, so it seems to include everything it could be.

Package design can be a powerful thing, but it really needs to have a very, very clear focus and a hierarchy. The brand that comes to mind here is our redesign of Honest Tea a few years ago.

The thing that we really needed to focus on with that brand—and it sounds so obvious that it’s almost silly—is that it is delicious tea. That was the first thing: It’s tea and it tastes absolutely awesome. And other important elements—that it was organic, for example—were part of that hierarchy beyond that, but we needed to be crystal clear on our focus and the relative importance of each facet of the design.

As we sit here on Zoom, I see a lot of owls behind you there. That’s also the logo for Beardwood & Co. Is there a reason you chose an owl?

Well, someone recently told me that our logo reminded him of the Hooters logo (laughs). That’s not really what we were going for.

Seriously, though, a designer friend originally created our logo, and he told me that he thought the Beardwood&Co. brand was about bringing uncommon wisdom to our clients. It was also about honesty. When we interact with our clients, we are straightforward with what we think based on our experience, and our clients tend to appreciate that. So the idea of honesty and uncommon wisdom are what the owl is all about.

Do you recall a turning point in your professional life?

It was right before I started my business. I had quit my big corporate job to spend more time with my kids, who were 10 and 14 at the time. I quickly discovered that 10 and 14 year-olds don't want to spend a lot more time with their mother (laughs). So then I was like: What am I going to do?

One of the things I did was join this book club where we read seven books about happiness. I learned there are a lot of things that make people happy, but one of them is doing difficult things. When we set our minds to do something difficult, it can make us happier.

So, even though I had been looking to make my life a bit easier by leaving a big job, I decided I should start my business. I wasn't really leaving my job to do that. But it felt like the right time to do it.

If there's something that you would tell that younger version of yourself about the next stage of her life and career, what would it be?

Be brave and bold.

Also: At an earlier point in my business, I had a lack of awareness and attention to the issues of diversity, equity, and inclusion. At that stage, we weren't doing a good job of bringing non-white people into our fold.

That doesn't happen naturally unless you put some effort into it. And I wish that I had understood that sooner.

If you could tell people in the CPG industry one thing, what would it be?

Be a leader, not a follower. It can be scary, and that’s probably why it doesn't happen as much as it could or should. But when it happens, it can pay off big time.